1121 women are imprisoned in Pakistan; 66.7% of them are under trial prisoners

ISLAMABAD, Pakistan: Out of a total of 73,242 prisoners incarcerated in various jails across Pakistan, 1,121 are female which makes 1.5 percent of the prison population, according to the Official data received by the Committee formed to study and investigate the plight of women in Pakistan’s prisons.

As per the data, Punjab has 727 women prisoners, Sindh has 205, Khyber Pakhtunkhwa has 166, Balochistan has 20 and Gilgit-Baltistan has a total of three women prisoners.

66.7 percent of the total female prison population in Pakistan consists of under trial prisoners.

Additionally, there are a total of 134 female prisoners who have 195 children residing with them in jails (prisons).

There are 46 female senior citizen prisoners and 10 female juveniles in total with approximately 300 prisoners detained away from their home districts.

There are a total of 24 female medical workers available to cater to the health and nutrition needs of these female prisoners in addition to visiting doctors from nearby District Headquarters Hospitals (DHQs). 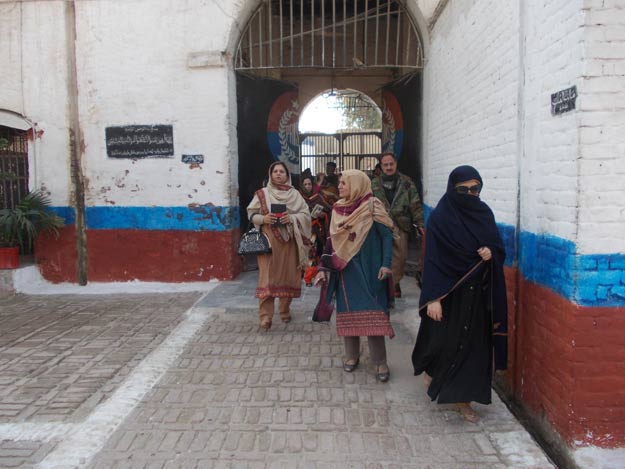 On May 29, 2020, Prime Minister Imran Khan constituted a Committee headed by the Federal Minister for Human Rights Dr. Shireen Mazari, which was tasked to submit a Report on ‘Plight of Women in Pakistan’s Prisons’ to him within a period of four months.

Shireen Mazari presented the “Plight of Women in Pakistan’s Prisons Report” to the prime minister in Islamabad on Wednesday.

The report compiles key observations and recommendations in terms of legislative, policy, and training reforms needed to protect the rights of female prisoners in the Country.

The report highlights critical need to reduce the proportion of under trial prisoners; develop sentencing alternatives and non-custodial measures for female prisoners; as well as to improve living conditions and education and rehabilitation programmes in female prisons and barracks across the Country.

Besides that, it recommends fast-tracking the revision of prison rules, reviewing of individual cases of human rights violations and humanitarian needs, training of staff, combating issues of mental health, and developing post-release programs.

The Committee collected primary data through two rounds of questionnaires and conducted a comprehensive literature review of available research.

To evaluate the adherence of provincial prison rules to internationally recognized standards for the treatment of women prisons, the Committee used Bangkok Rules 2010 as a standard guideline.