ABU DHABI: The Pakistan Association Dubai (PAD) hosted an event titled “We Stand Together” to celebrate the UAE’s 51st National Day and commemorate over five decades of the Pakistan-UAE friendship.

In the event, among, 10 United Arab Emirates (UAE) organizations were awarded by the PAD for their contributions towards promoting and helping Pakistan over the years.

The following is the list of entities/individuals awarded by Pakistan Association Dubai:

Pakistan’s Ambassador to the UAE Ambassador Faisal Niaz Tirmizi handed over the awards to them. 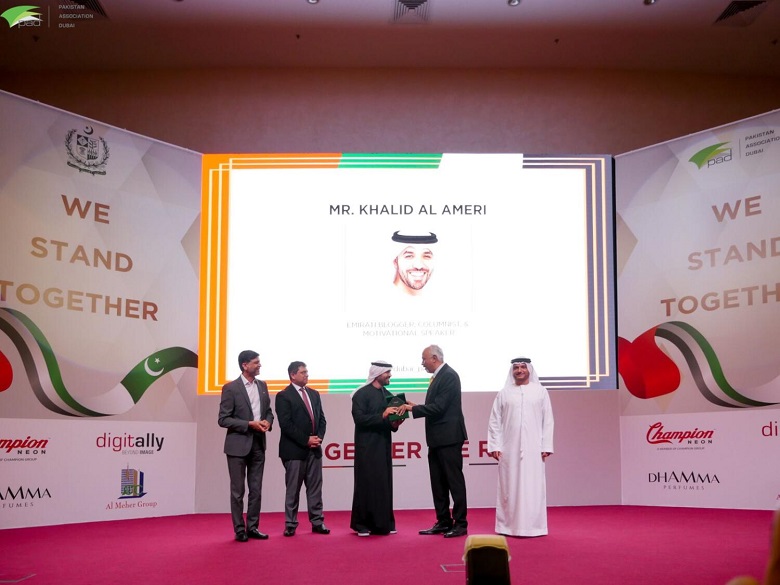 While speaking at the “We Stand Together” event, Ambassador Faial Tirmizi said that Pakistan and UAE share one soul.

“I have the honour of serving in this beautiful Country for the second time. So it’s my second home. The kind of warmth, hospitality, love and affection that we find from the Pakistani community as well as the brothers and sisters from UAE is unprecedented,” he said.

“Pakistan was the first to set up an Embassy in the UAE. In fact, Pakistan had sent its first ambassador six months before the UAE got independence. Pakistan played a critical role in setting up institutions of the UAE and that has been reciprocated by the UAE brothers in equal measures,” he said.

“In the last 12 years, I have seen a lot of development in terms of infrastructure. But I have seen more development in human resources. The quality of leadership in various sectors of the government is amazing,” the ambassador said.

Ambassador Faisal Tirmizi urged UAE nationals and his 1.6-million compatriots here to take their neighbours, friends, and colleagues to Pakistan and show them the country’s tourism potential. 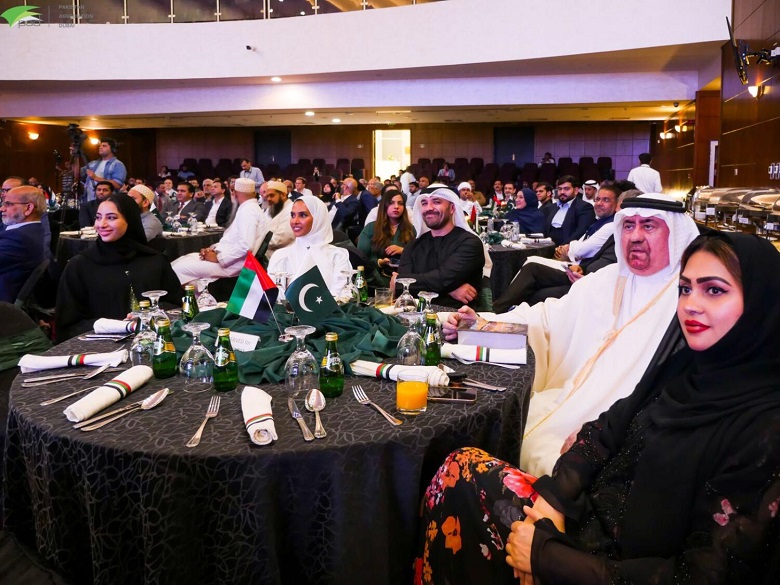 “Pakistan is a treasure in terms of tourism as five out of 15 peaks with 8,000m-plus peaks are in Pakistan. We also have over 100 peaks with over 7,000m in height. Take your friends, neighbours and colleagues to Pakistan to show them over 5,000 years of civilisation,” Tirmizi said.

The event was attended by the Hassan Afzaal Khan, Consul-General of Pakistan in Dubai; Dr Omar Al Muthanna, CEO, Community Development Authority (CDA), Dubai, and many other well-known members of the Pakistani community and UAE nationals.

Mati
Mati-Ullah is the Online Editor For DND. He is the real man to handle the team around the Country and get news from them and provide to you instantly.
Share
Facebook
Twitter
Pinterest
WhatsApp
Previous article
Suzuki Alto 660cc AGS and VXR revised Factory price
Next article
Indian diaspora in UK contributes over £1 billion in corporation tax that helped to negotiate UK-India Young Professionals Scheme
Share
Facebook
Twitter
Pinterest
WhatsApp