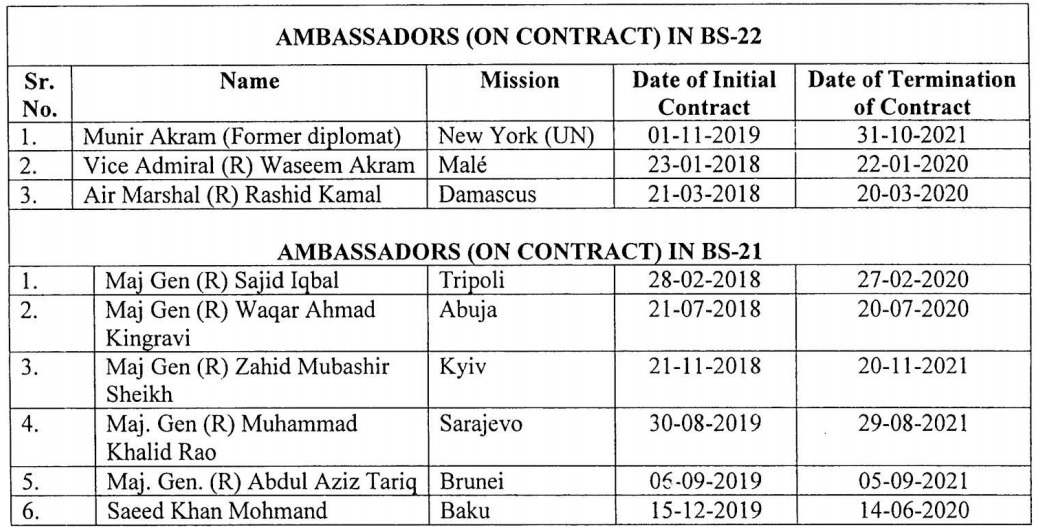 Apprising the House about the policy and procedure for appointment of an Ambassador, High Commissioner, Council General and other foreign postings in Pakistan Missions abroad, the foreign minister told that the Ambassadors/High Commissioners/Consuls General are posted to different Missions with the approval of the Prime Minister.

The minister told that the merit based policy is followed in postings/transfers of Ambassadors/High Commissioners in the Missions abroad. In this regard, a number of aspects such as functional requirements, skill set of a particular officer, language proficiency and expertise in specific field or region are taken into account.

Shah Mahmood Qureshi told that after approval of the Prime Minister, Agrément from the receiving government is sought by the Ministry of Foreign Affairs. Once the Agrément is accorded, credentials of the Ambassador-designate are prepared. Afterwards, he/she calls upon the leadership of the country and proceeds to his/her place of posting. He told that the entire process may take one month to four months because of Agrément process which depends upon different timelines followed by different Countries. 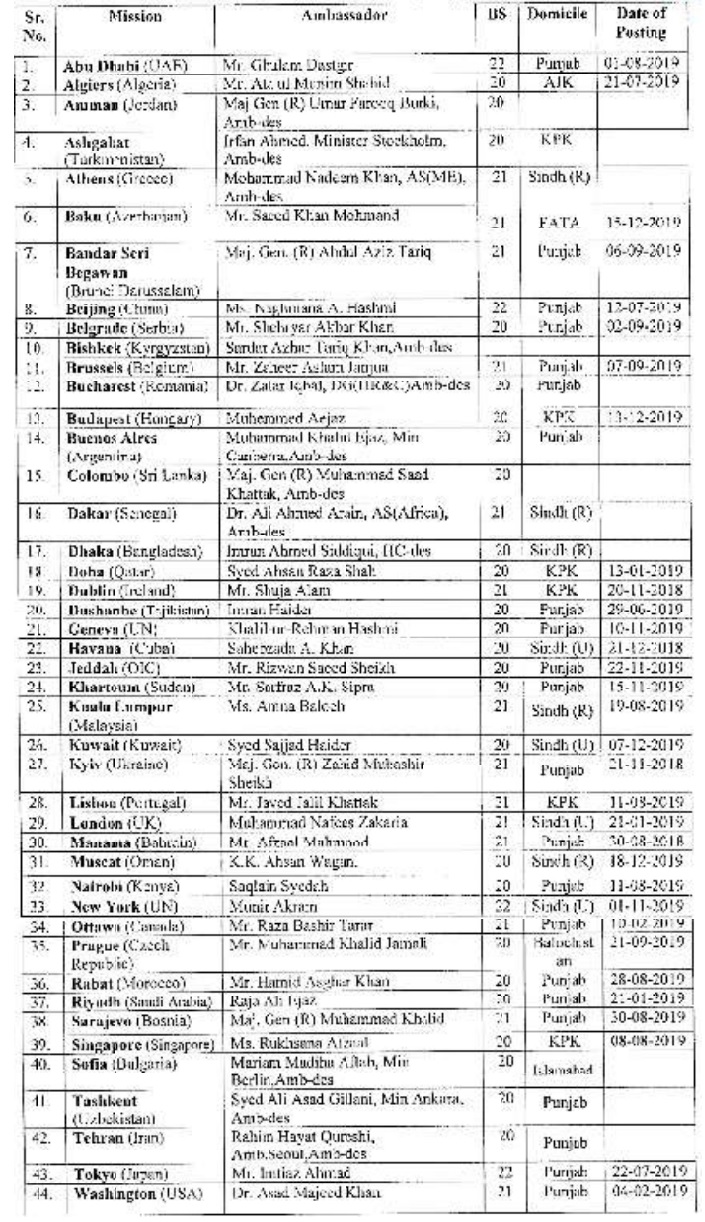 About the quota for postings of non-career diplomats and officers for posting abroad, Qureshi told that non-career Ambassadors/High Commissioners are appointed by the Prime Minister from various walks of life against 20% quota fixed for this purpose. He told that experienced and eminent personalities are selected for such assignments.

Mati
Mati-Ullah is the Online Editor For DND. He is the real man to handle the team around the Country and get news from them and provide to you instantly.
Share
Facebook
Twitter
Pinterest
WhatsApp
Previous articlePM Imran Khan undertook 22 foreign visits incurring Rs 119.57 million
Next articleQureshi met his Saudi Counterpart Prince Faisal bin Farhan Al Saud