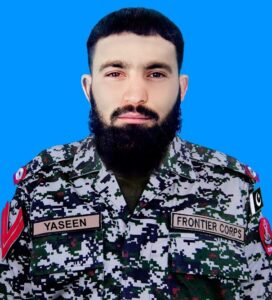 In a statement on Thursday, the ISPR said that terrorists opened fire on a security forces’ convoy in Mirali late last night.

The ISPR said that the security forces responded promptly to the terrorists’ attack.

It further said that in the intense exchange of fire, two terrorists were killed while 10 suffered injuries.

Mati
Mati-Ullah is the Online Editor For DND. He is the real man to handle the team around the Country and get news from them and provide to you instantly.
Share
Facebook
Twitter
Pinterest
WhatsApp
Previous article
Qureshi discusses further diversifying Pakistan-Egypt ties with Egyptian FM
Next article
Pakistan wants to take its ties with Korea to higher trajectory: President Arif Alvi
Share
Facebook
Twitter
Pinterest
WhatsApp